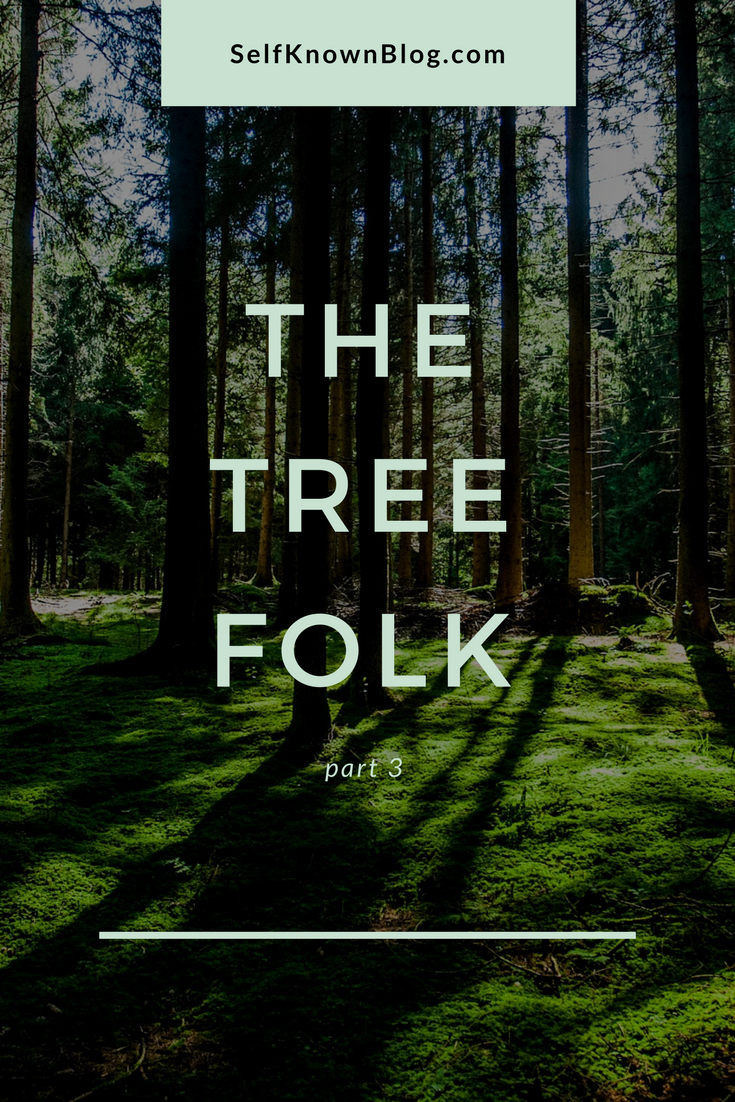 And here we are with part three.

By the time this post is up I will be back from camp. (Dear Future Rosie: was it swell? Also, has the zit on your forehead gone away yet?) This year I was a counselor (shudder/wink) -- how crazy is that?

In case you missed them,

here are parts one and two.

Was this truly happening? Was this tree talking to her?

It was. And it kept talking, as though it were perfectly normal for it to talk. She looked around at the men who had dragged her there. Surely they had some sense to understand that this was crazy too. But they only sneered when she laid her eyes on them.

“Sienna, are you paying attention? We don’t have much time.”

“They always say that,” someone behind her retorted.

The tree laughed, only to be cut off by what sounded like a fanfare. Sienna’s captors went rigid as the leaves bordering the oak’s territory parted, and a pale man stepped through. The others bowed low to the ground, in full submittance. He was broad and muscular and wore clothes show this off. His head was topped with a crown of twisted ivy that contrasted with his long, raven black hair. He was clearly used to the bowing, and Sienna got the feeling that he reveled in his position of authority.

“You’re not the one in charge?” She whispered to the oak, getting no reply. She wondered if the tree were giving her a look of sympathy. Or if she were just crazy for asking.

“Prince Gorrell. We didn’t expect you to arrive so soon.”

“Many say that Elder Eden, but I’m afraid they mean it in a way that suggests they didn’t want me to show up at all…” The supposed Gorrell had his gaze locked on Sienna as he spoke. “She’s a measly thing, isn’t she?”

“I think she’ll give us the answers we need, my Prince.”

“I only trust those words from your lips, Elder.”

Why did Sienna get the feeling this guy was sharing a smile with a tree?

A whisper broke through the brush in the same place the prince had entered moments before. There wasn’t a fanfare this time when the foliage parted, but a quiet entrance and a booming statement. “I am Lief of the Southern Coven! I’ve been sent to guard the prisoner.”

She couldn’t help it. She burst into laughter.

“Lief? Oooooh, Lief is here everyone. Do you think he invited his brothers Twig and Branch? Maybe his cousin Trunk will join along, if he can get away from Roots and Foliage and—”

The bindings Sienna had been release from crawled across the forest floor, climbing along her limbs until she was close to being mummified (again!). The tall, towering Lief strode toward her, eyes hard and mouth set into a frown.

“You’re in MY territory now, mortal. I could snap you—”

The boy relaxed, and her bindings with him. Sienna recognized the fire in him as just that. A boy’s lack of maturity.

He took a step back. “As you wish, Gorrell.” But he still give her a sour look.

“In fact, take her to her new quarters.” Gorrell smirked at Lief’s surprised expression. “She’ll be with us for a while and I have preparations to make.”

“Do it, Lief,” then Gorrell lowered his tone. There was a spark in the prince’s eyes. He was enjoying himself. Taking pleasure in watching Lief squirm.

He grabbed Sienna by the bindings and led her from the oak’s circle.